Ryan Shupe and the Rubberband and Changing Lanes Experience 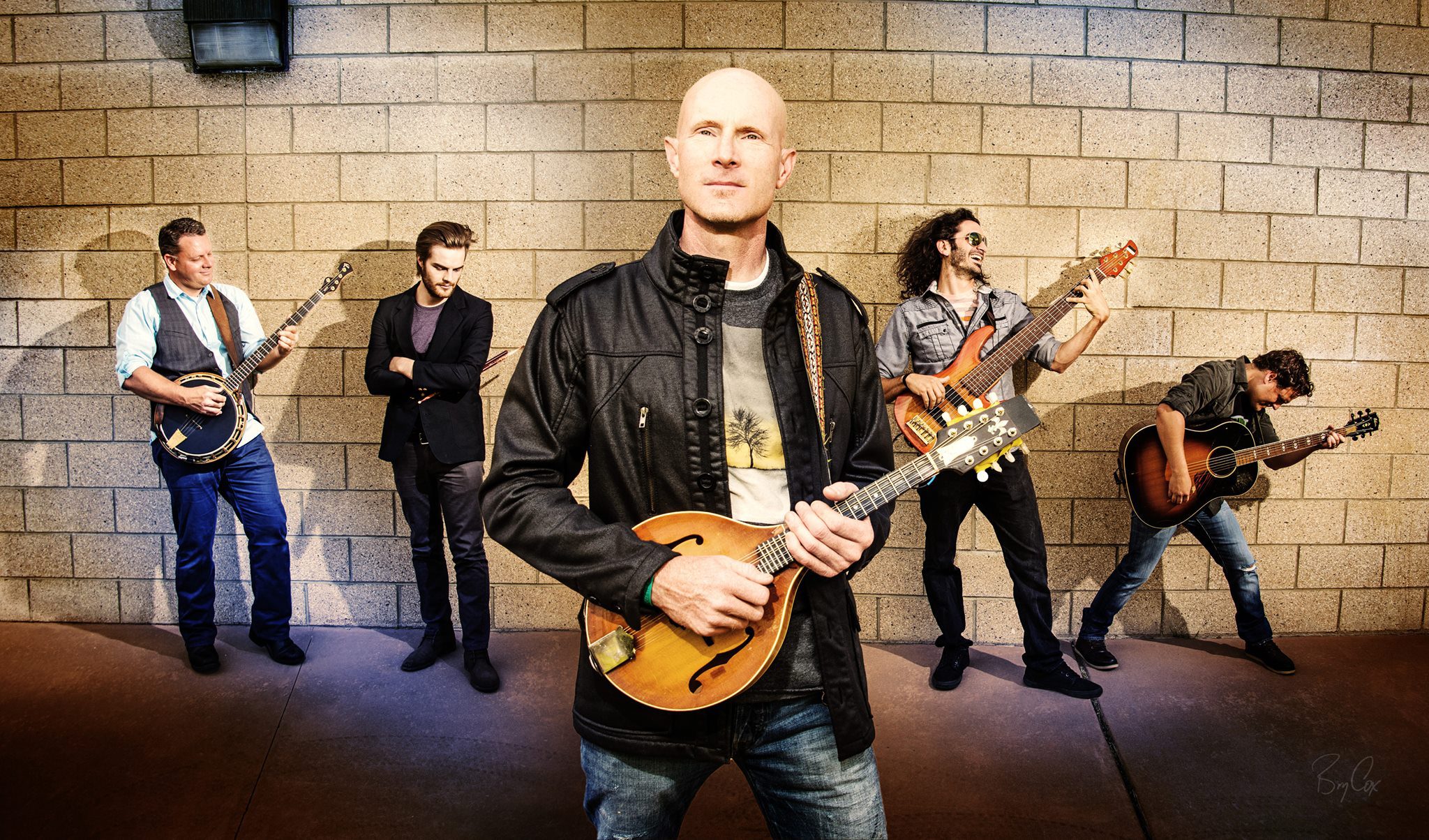 Ryan Shupe and the Rubberband (7:30 p.m.) Ryan Shupe is roaring back with his new album “We Rode On”.“We Rode On” marks a striking career transition and a meaningful evolution in

Ryan Shupe and the Rubberband (7:30 p.m.)
Ryan Shupe is roaring back with his new album “We Rode On”.“We Rode On” marks a striking career transition and a meaningful evolution in Shupe’s songwriting, his life, and the band’s sound. It strongly and deftly combines the rock side of their musical arsenal with the acoustic instruments and virtuosic jamming the band has become known for in their live shows.Like a mad musical scientist (and father/husband), Ryan Shupe recorded, arranged and tweaked the band’s newest creation in his personal studio. “I wanted to create a new sound and an evolution for the band’s music” said Shupe, “It’s the best album we’ve done and definitely the most rocking!”The album focuses on themes like family, love, and maturity. The epic title track, “We Rode On” triumphantly belts out the phrase “singing songs at the top of our lungs” while the anthemic “Sun Will Shine Again” is a mantra to Shupe’s children. The catchy, rocking “If I Stay” and “Just Say Yes” deal with love interest dilemmas. “Dream Big”, a revamped version of their Billboard charting Capitol Records release, is triumphant, inspirational and powerful.Being a 5th generation fiddler, an accomplished electric guitar, acoustic guitar and mandolin player, Shupe has been touring extensively across the US since he was 10 years old. He is no stranger to the national stage and the band has appeared on Good Morning America, E! TV, Mountain Stage, Woodsongs, GAC and CMT.They continue to tour regularly with stops at festivals, concert series, special events and prestigious venues. Bringing a national team together with radio, marketing, social media, and publicity, the band will continue touring nationally to promote the album, starting with the regions where they have a strong following.

Changing Lanes Experience (6:00 p.m.)
Changing Lanes Experience received their first opportunity to perform as a wedding band, and has then evolved to be featured on live TV with NBC, CBS, and Park City TV every year since 2013. Their immaculate taste in music arrangement gave them the opportunity to play with YouTube Star Alex Boye, which led to second round in SEASON X of America’s Got Talent (AGT) 2015. This young group of talent is educated in decades of music genre and has since then been invited to destination gala’s across the nation, music festivals, high profile corporate forums, and occasionally still finds time to fit in a host weddings. Changing Lanes’ work ethic is indescribable as they average 160-200 shows annually. Primarily due to their high energy and ability to keep classic songs like, “Papa was a Rolling Stone”, Purple Rain, and Play that Funky Music in the ears of the young people and the power to advance the old school lovers to songs like Dynamite and Shut Up and Dance. Changing Lanes Changes Lives!

Canyons Village Management Association, Inc.From July 6th through August 29th, join us in Canyons Village at Park City for free weekly concerts featuring an array of musical acts from across the country. We’ll be hosting free concerts each Thursday* and Saturday* evening at 6:00 p.m. on the Canyons Village stage. Please join us for an evening of music, family-friendly activities and fresh mountain air! Blankets and picnics are welcome, however no dogs are allowed. Please consider alternative transportation via carpooling, public transportation or use the Summit County/Park City e-bike share program. Thank you to Mountain Town Music for the concert production.435.655.2580

This website uses cookies to improve your experience while you navigate through the website. Out of these cookies, the cookies that are categorized as necessary are stored on your browser as they are essential for the working of basic functionalities of the website. We also use third-party cookies that help us analyze and understand how you use this website. These cookies will be stored in your browser only with your consent. You also have the option to opt-out of these cookies. But opting out of some of these cookies may have an effect on your browsing experience.
Necessary Always Enabled
Necessary cookies are absolutely essential for the website to function properly. This category only includes cookies that ensures basic functionalities and security features of the website. These cookies do not store any personal information.
Non-necessary
Any cookies that may not be particularly necessary for the website to function and is used specifically to collect user personal data via analytics, ads, other embedded contents are termed as non-necessary cookies. It is mandatory to procure user consent prior to running these cookies on your website.
SAVE & ACCEPT
X