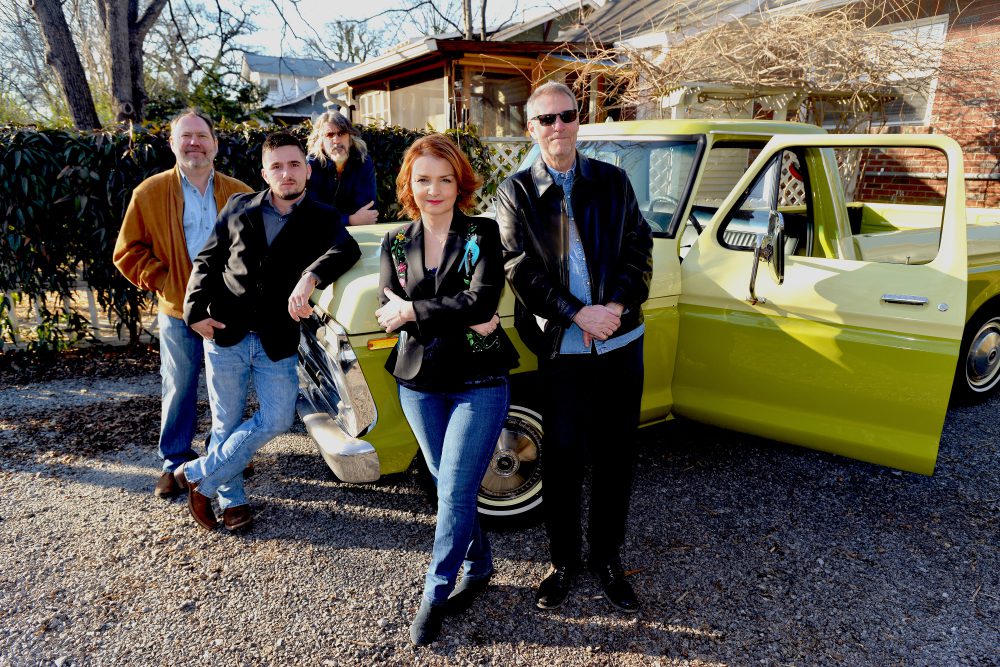 They say the only thing consistent about change is…well, that it changes. Whether through design or destiny, that’s a precept the SteelDrivers know all too well. Throughout their career –one that

They say the only thing consistent about change is…well, that it changes. Whether through design or destiny, that’s a precept the SteelDrivers know all too well.

Throughout their career –one that encompasses four highly acclaimed albums and any number of awards and accolades –the band has demonstrated the ability to adapt to change with unwavering persistence. Their’s is a lingering legacy defined by quality and consistency. It’s one in which they’ve never stopped looking forward, successfully marshalling their resources for wherever that trajectory takes them.

Ultimately, it’s all about the music. “Our dedication and determination remain intact,” says singer, songwriter and fiddler Tammy Rogers. “We honor our older music by always putting our focus on the songs. Some people describe our music as being bluegrass based, but the fact is, we’re not bound to any one regimen. I liken us to what the Rolling Stones would sound like if they played banjos, fiddles and mandolins – it’s that rock-n-roll edge played on traditional instruments. I don’t know if that’s true, but we are primarily a band that’s centered around songwriting and also just happens to have a bluegrass background.”

That persistent push could be called the key to SteelDrivers’ success. Each step in their journey has created a new chapter, one that finds them building on the past but consolidating their strengths as they build for the future.

That’s also been the case since the beginning, when Rogers, multi-instrumentalist Mike Henderson, bass player Mike Fleming, banjo player Richard Bailey, and singer/guitarist Chris Stapleton first convened after a series of songwriting sessions between Henderson and Stapleton. What began as a casual get-together to jam in the late summer of 2005 became a fully committed band that signed with Rounder Records in 2007.

Singer/guitarist Gary Nichols, a highly accredited artist in his own right, was brought on-board for the recording of the band’s third album, 2012‘s Hammer Down, which subsequently climbed all the way up to number one on the Billboard Bluegrass charts, their highest placement yet. Nevertheless, the real journey had just begun. When Henderson left the band at the end of 2011, musician and producer Brent Truitt was brought in as his replacement. If there was any proof needed that the momentum had been maintained, The SteelDrivers‘ highly acclaimed fourth album, 2015‘s The Muscle Shoals Recording (featuring guest contributions from Nichols’onetime bandmate Jason Isbell), garnered the group that long elusive GRAMMY® win with a notable nod for Best Bluegrass Album. In addition, it garnered three IBMA nominations — Album of the Year, Song of the Year (for “Long Way Down”), Songwriter of the Year (for Rogers) and Best Liner Notes (for writer Peter Cooper).

Still, one more major development was left to come. Nichols departed in August 2017, leaving yet another void the band was left to fill. Once again, the group rose to the challenge, selecting Kentucky native Kelvin Damrell after Rogers‘ daughter spotted him singing on a YouTube video. He fit in just fine, and today again, The SteelDrivers’ saga continues unabated. Part of the lure is undoubtably due to the freedom each musician gets to express themselves without any reservation, even as the group maintains the consistency of its sound. Rogers, a former member of the all-star Dead Reckoning music stable, is widely recognized as one of the most versatile and expressive fiddlers on the scene today. Truitt and Bailey are certified string benders who take their respective instruments to new levels of innovation and expertise. Damrell’s vocals and fretwork add a fresh voice to the mix, while Fleming continues to anchor it all with rock solid rhythm and a firm foundation. 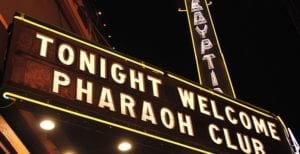 Egyptian Theatre CompanyLive theatrical performances have long been a centerpiece of Park City's culture. In the late 1800's, the ornate Park City Opera House was located near our current site. On a warm June night in 1898, fire roared downhill from the American Hotel and quickly consumed most of the town, including the Opera House. In a Determined effort to restore live theatre to the town, the Dewey Theatre soon opened its doors in 1899 on the site of what is now the Egyptian Theatre. The Dewey remained a popular cultural center until its roof collapsed under a record-breaking snowload in 1916. In 1922 new construction began on the site of the old Dewey Theatre. Influenced by the recent discovery of King Tut's tomb, The Egyptian Theatre opened on Christmas Day, 1926. Supervised by an Egyptologist, The Egyptian Theatre was adorned with lotus leaf motifs, scarabs, hieroglyphics and symbols of life and happiness. Park City was once again flush with a first class showplace, this time for films and live performances. The Theatre operated as a community gathering place from that day forward. The Theatre changed names multiple times, and had minor modifications made each time. The Theatre continued to anchor live performances and film screenings on historic main street. With the rebirth of Park City as a ski and resort town in the 1960's, an increasing population of locals and tourists came to town. The Egyptian - then known as The Silver Wheel Theatre - continued to present live theatre and film, old fashioned "meller dramas" were the most consistent fare. By 1978 the building's architectural integrity was again threatened. Preservation of its distinctive Egyptian features was necessary. Through much local effort, fundraising, and the presence and support of Mrs. Fields Cookies Headquarters, the building was refurbished and became home to Park City Performances in 1981. Live theatre and performances of all genres were again presented on the boards of the theatre. That same year, The US Film and Video Festival - later renamed The Sundance Film Festival moved to Park City with The Egyptian Theatre as the original home. In the mid 1990's, the building was in need of major repair and renovation. Save Our Stage Foundation was formed by a few community-minded individuals who raised funds for a major facelift to restore the building to its former glory. Today, the Mary G. Steiner Egyptian Theatre hosts a variety of theatre, comedy, musical acts, special events, community functions and more. The Egyptian Theatre continues to function as a landmark venue on Park City's Main Street while retaining the distinctive flavor of years gone by, much like Park City itself.(435) 649-9371 BoxOffice@ParkCityShows.com

This website uses cookies to improve your experience while you navigate through the website. Out of these cookies, the cookies that are categorized as necessary are stored on your browser as they are essential for the working of basic functionalities of the website. We also use third-party cookies that help us analyze and understand how you use this website. These cookies will be stored in your browser only with your consent. You also have the option to opt-out of these cookies. But opting out of some of these cookies may have an effect on your browsing experience.
Necessary Always Enabled
Necessary cookies are absolutely essential for the website to function properly. This category only includes cookies that ensures basic functionalities and security features of the website. These cookies do not store any personal information.
Non-necessary
Any cookies that may not be particularly necessary for the website to function and is used specifically to collect user personal data via analytics, ads, other embedded contents are termed as non-necessary cookies. It is mandatory to procure user consent prior to running these cookies on your website.
SAVE & ACCEPT
X